Motivation: The problem of cascading failures

Before jumping into the circuit breaker pattern, let’s try and understand what problem it tries to solve.

When service A tries to communicate with service_B, it allocates a thread to make that call. There are 2 kinds of failures that can occur while making that call. We use the example of a user service making a call to friends service.

Timeout failures: However serviceb takes a long time to respond. As we get new requests to service A, we’re getting more and more threads waiting for serviceb. If several requests are made while waiting for timeouts this can exhaust service A’s thread-pool and can bring down service A.

”Your code can’t just wait forever for a response that might never come, sooner or later, it needs to give up. Hope is not a design method.” -Michael T. Nygard, Release It!

Let’s walk through an example of a social media application to understand this better. Here we have an aggregator service which is what the client interacts with, it aggregates results from a bunch of services including user service. User service calls photo service and friends service which in turn calls friends_db. 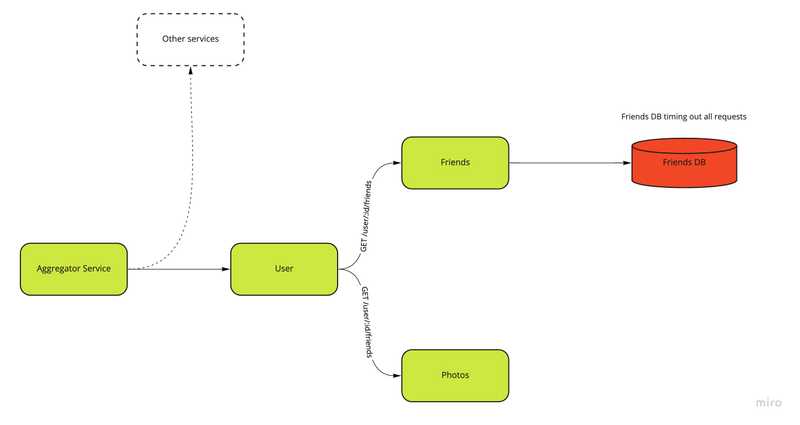 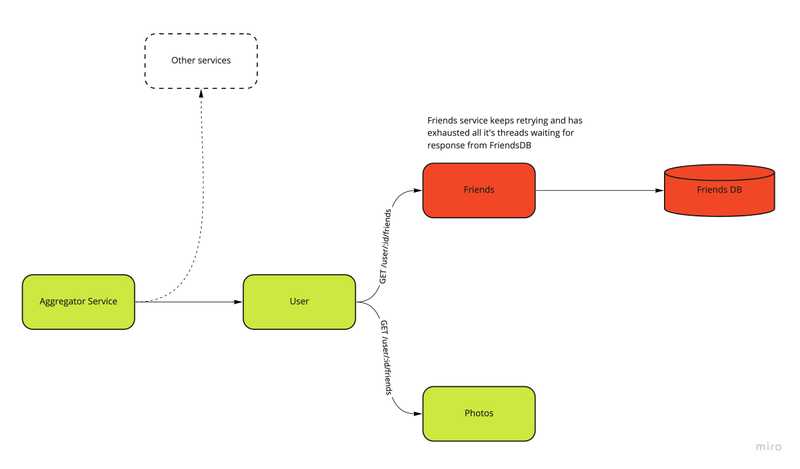 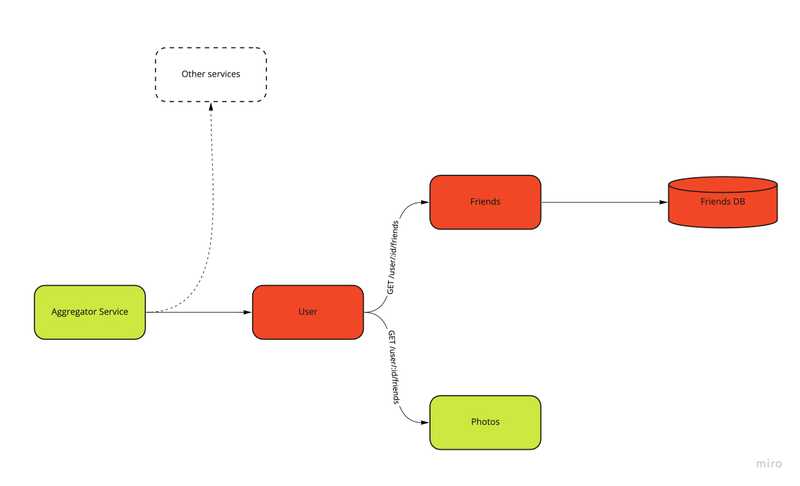 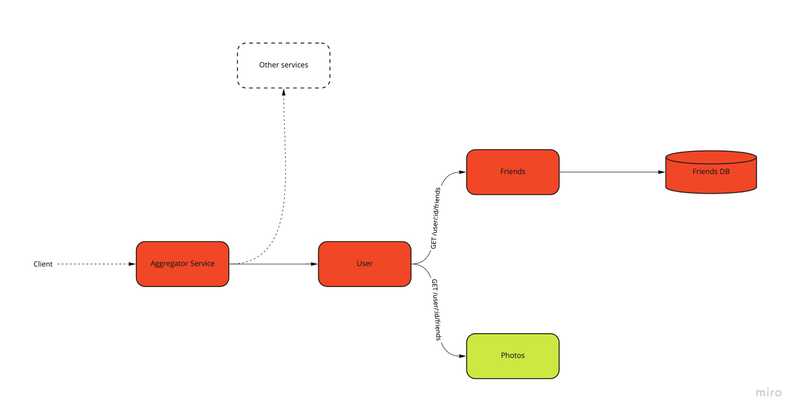 Circuit breaker is usually implemented as an interceptor pattern/chain of responsibility/filter. It consists of 3 states: 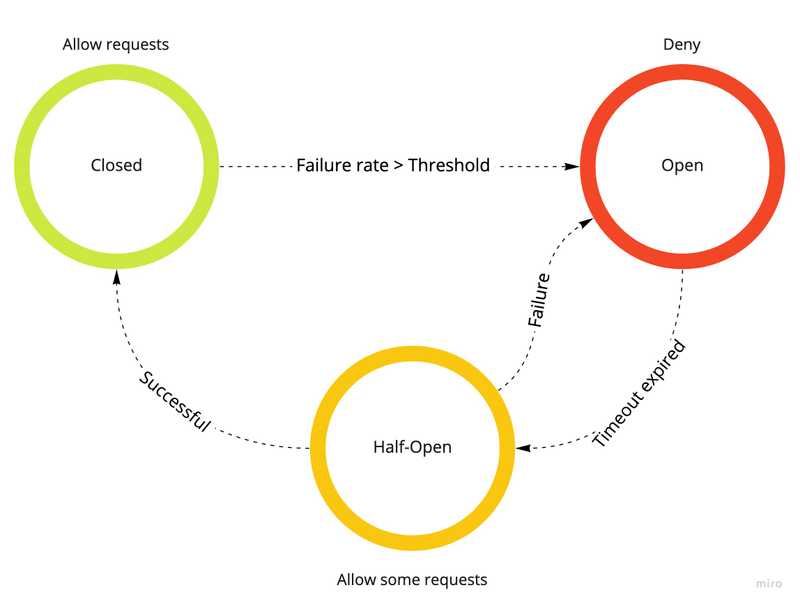 Circuit breaking by wrapping service calls around a circuit breaker in code:

We can also leverage the sidecar pattern to this. In this approach we don’t have to modify our services by wrapping them around circuit-breakers, but instead, we ship our applications with a sidecar like Envoy. All outbound traffic from the service is proxies through envoy. Envoy supports circuit breaking out of the box. Following is an example configuration of circuit-breaking with Envoy: